“As is the case with most of us, lockdown has pushed my body and mind to levels of laziness it could only ever dream of. The main attraction to the Tough Mudder Challenges for me, besides the swag of course, was the fact that there would be a unique and wacky Tough Mudder spin on things. It wasn’t going to be just another 5k run, some burpees and a medal in the post.

I set about joining the Facebook group, and was definitely surprised by the number of people from all backgrounds and abilities who had already joined and were excited for what was to come. Before 2020, I had done a few “real life” Tough Mudders, but to say I trained for them would be a lie. Tallying up all the training I had done for a Tough Mudder previously would probably be less than 50 miles in 4 years. I had more event miles than training miles! This was definitely about to change when the details of the Grand Canyon Challenge were announced.

Centurion 200 reps of 5 exercises – “Ooooh maybe I could level up this one, doesn’t seem too bad” (In hindsight… Pfft HA!)

With this very detailed plan in hand, I took to the Facebook group again. There were people like me who were figuring it out as they went along, those who created clever spreadsheets and were happy to share them, and everything else in between. The community was always there motivating, conquering and most importantly laughing its way through the activities. I joined in where I could and was surrounded by a sense of belonging that made these activities something I looked forward to daily.

Speaking of daily, my days went from the normal, work from home, eat and watch TV routine, to something more like,  work, do a plank above 6 eggs on my lunch break, watch TV, go for a short walk, eat, run up the stairs as much as I can. Those short walks and stair climbs combined with a longer hike in the Peak District were enough to get me to the distance and elevation goals for the Challenge. With the Centurion, press ups were definitely a killer, but after some advice from the all knowing Tough Mudder community on Facebook, I managed to split the exercises in a way that was much more manageable.

If these activities weren’t enough, TMHQ decided to surprise us with 4 extra weekly activities (of which we picked 2) that were designed to make us the talk of the street. From running around in circles in our driveways, to carrying our books/pets/significant others on our backs for 100m, each activity tested us in a different way. Thursday – the day when a new list of of absurd activities was announced – became the highlight of the week. Of these, I would have to say my favorite was definitely Graffeeti. The goal was to write out the letters ‘TM’ using a GPS tracker. If you were feeling extra keen, you could write out the full words ‘TOUGH MUDDER’. I chose to do this in a nearby field during one of my afternoon walks. Much to the confusion of passers by, and the annoyance of my decreasingly patient wife, I managed the full ‘TOUGH MUDDER’, and knocked off a few kilometres of Extra Mile – WIN! 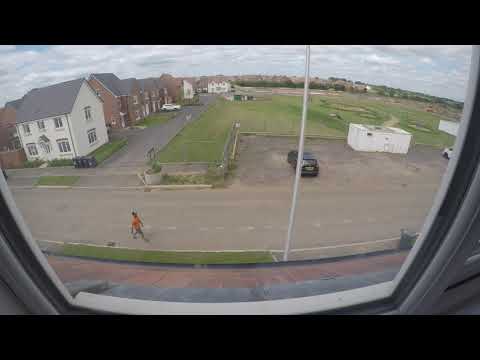 My least favourite activity had to be Snip Snip. Trying to cut 1m x 1m of grass using nail scissors used up the last of my motivation, but I had thankfully left this to be done at the end. The hardest activity however was definitely Arctic Enema. My twisted logic thought that it would be easier to level up the activity since I wouldn’t have to continuously dunk my head. Eight kilograms of ice and full body submerging for 10 minutes was definitely not easier! Knowing that I wasn’t the only one doing it, and watching the videos of my fellow Mudders smashing it helped get me power through. My wife laughing in the background, however, did not.

Overall, the Grand Canyon Challenge has been a highlight of my lockdown. It has helped me stay active. It has helped me remain sane. And when the next Tough Mudder live event comes round, I will probably be the most prepared I have ever been! As a result, I am signed up to do the remaining 5 months, and currently enjoying fun-filled Fiji. I look forward to meeting more of you out on course (virtually), wherever Tough Mudder decides to take us next.”